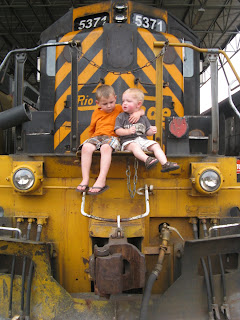 Time just seems to be just passing by so fast lately.

Tatton is in pre-school. He's only three and most days

when he's running around, naked sometimes, not listening

to his Mom, he is a true, all boy, three year old. But he has grown up

in so many ways lately and I want him to slow down! He has become

more mature, that's not exactly the right word but that's

brother to Lincoln, and he really takes care of Harrison and is 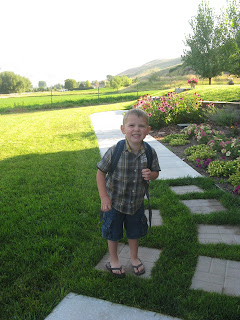 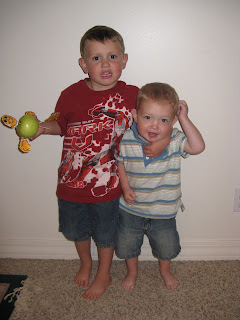 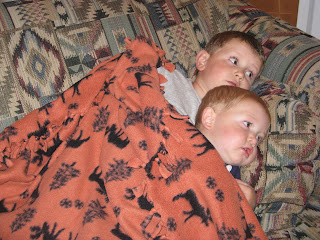 Lincoln has come into his own little person the last few months.

He used to be pretty quite, and so easy going. And he is still

very shy and just does his own thing. But when he gets mad,

usually when it involves his big brother, he can give looks

fit of rage. Not that I condone his behavior but I'm glad

that he is coming out of his shell. I love hearing him start to talk.

It's fun to be able to get an idea of what's going on in his little head.

he's gone at school and

He is everywhere now, I can't believe that just in

June when we went to Disneyland that he was still crawling.

Now that he can walk and run, he

puts right along with Tatton, he just thinks he's as big a boy as him too. 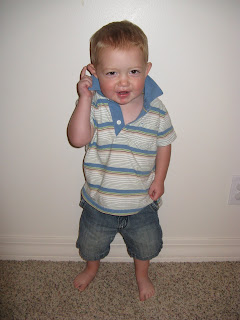 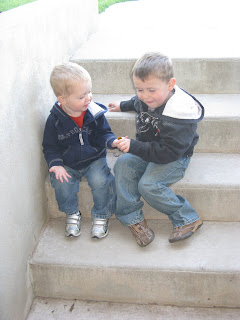 just a tiny newborn anymore. He has been smiling since day one

and he just grins all day long, even with two big brothers

loving him all day. Shortly after Lincoln was born, I really felt like

we were needing to have another baby soon.

So I stopped breastfeeding Lincoln around 6 mo

because I knew the next baby was supposed to be close to Lincoln.

Aaron and I didn't know what to expect with having 3 boys,

especially when we really had a hard time with Tatton

getting used to Lincoln. Tatton loved Lincoln, there were

sweet moments, but there were more just flat out hit, kick, pinch..

anything moments of sheer dislike with him. It's been

a long road getting those two to a more loving relationship.

Needless to say there was nervousness about bringing another baby

into our family, but we also felt like we were doing the right thing.

And as it turns out, both Tatton and Lincoln l-o-v-e Harrison.

They just adore him, want to hold him constantly, bring

blankets and binkies to him, sing to him all day. Harrison

has truly been such a blessing in our home because

he has brought Tatton and Lincoln together and is somehow

a little peacemaker amongst crazy boys. 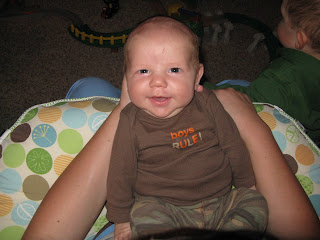 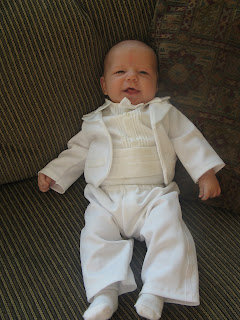 Kara, I've bee meaning to call you. We received Harrison's announcement and he is so cute! You have the most adorable family. I miss you guys. We need to be close to each and help each other out raising our combined 6 boys. (In other words: I need YOU to help ME) You seem like such a calm mother and I feel like a chicken with its head cut off half the time!
Hopefully we'll see you during the holidays, love you guys!

Sheesh, I need to spend one extra minute and check for errors before I hit publish! :o)

Your boys are adorable! Life sure has taken us on some crazy adventures! I can't believe that we're "old" mommies!

my name fayumi from indonesia. iam father with two children. what adore family you have. hope you and your family live happily