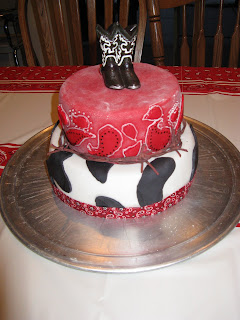 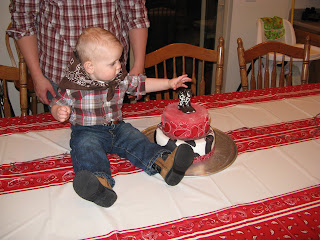 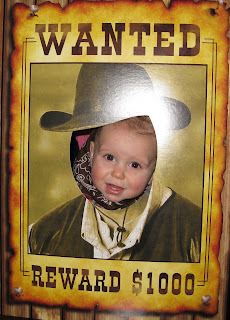 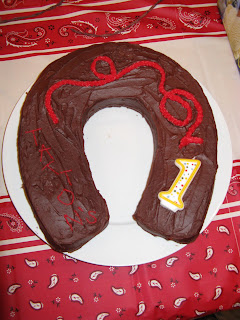 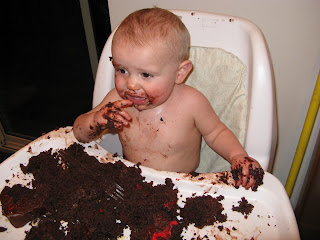 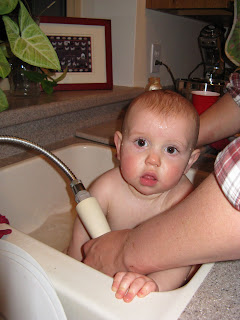 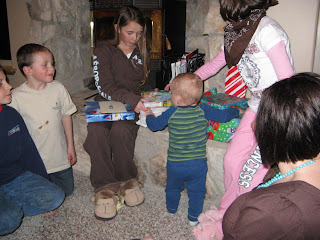 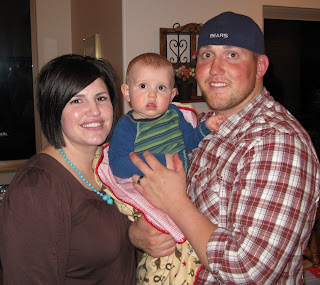 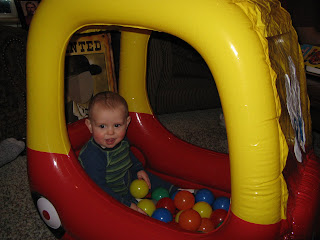 I can't believe that Tatton is already one. This past year has gone by so fast, it makes me sad thinking of how much has changed since our little guy was born. Aaron and I were so excited that morning driving to the hospital. We hardly slept the night before since we couldn't wait to meet our little man. It turned out to be a long wait til we could see him. Tatton wasn't budging and his little heart beat started getting slower. The Dr. decided to do an emergency c-section so that we could get that little guy out. So finally at 8:30 that night we finally heard his first little cry. I couldn't see him, with the big blue curtain in the way, but I could just hear him screaming. Aaron finally brought him over and he was the cutest little fuzz ball. Aaron had his hair combed into a mohawk (sp?) just like his. I think that's probably why I love Tatton with a mohawk in his hair still, it reminds me of his first hair-do. I couldn't wait to hold him and when I was finally able to, I coudn't believe I was holding my tiny little baby boy. Now that he's one and has changed so much, I have that same feeling again. I can't believe Tatton is turning into a little boy. It's so fun to see him learn and to be so silly at this age, but it makes me sad thinking he'll never be a baby again. Anyway, so ofcourse in his honor we threw him a little party, a cowboy party, he was the outlaw. He had his own cake to destroy, which surprisingly he ate it for awhile with a fork... he's so dainty, we've taught him such good manners... Aaron had enough of that and showed Tatton how to really dig into his cake so by the end, he was eating fistfuls of chocolate cake and smearing it all over. We really didn't get him a whole lot as far as presents go seeing as how he got everything he needed and more from Christmas. He did however love the blow up car with the balls. He balled when we took him out of it to go to bed, it was very tragic. I think that's his favorite toy now. He dives in it, rolls around, climbs in and out and flips upside down in it all day long. So I think to him, his first birthday was a hit. Oh, and his front facing car seat was also one of his favorite birthday items. The first time he sat in it, he just clenched onto his arm rests and stared out the front window, I think he was a little nervous. But he loves it now and his cup holder is actually a toy holder, not a drink holder for some reason. 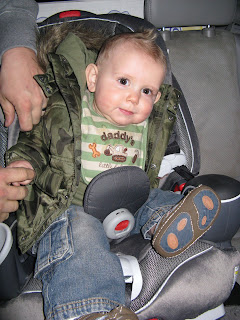 Happy Birthday Taton! What a cutie! How fun! A cowboy party! Life goes by so fast huh?!!

Wow! I can't believe he's 1. What a cutie you have on your hands. Happy Birthday Tatton!

What a cute cake! It looks like he had a very special day. It's really sad how fast it all goes. I want to rewind time!

It looks you had such a fun party. I am glad he had fun digging into his cake. That is my favorite part of the "1st" birthday party. Time does go by too fast, just enjoy every minute you have.